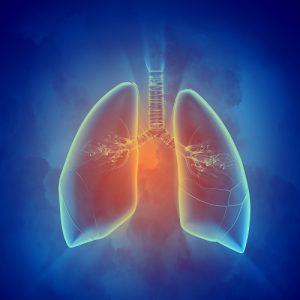 Findings from the CHILD Study show that the Lung Clearance Index (LCI), a measure of ventilation distribution, can detect lung problems in children as young as four months old.

“Asthma is the most common chronic disease of childhood, and detecting airway changes early is critical so that doctors can provide appropriate treatment before lung damage occurs,” says CHILD Study Director Dr. Padmaja Subbarao, who led the study.

The research, published in the June 2018 issue of Thorax, examined 37 infants with a history of wheezing referred from a hospital outpatient clinic and 113 healthy infants participating in the CHILD Study. LCI was measured using a technique called the Multiple Breath Washout (MBW)—the infants inhaled a “tracer” gas through a face mask while sleeping, and the researchers tracked the time it took for them to clear the gas from their lungs.

The study was unique in comparing infants with airway disease to healthy controls. The results of the comparison indicate that LCI may be effective in detecting early lung disease even when no symptoms are apparent. “This suggests that the test could be useful at routine clinic visits when the child is well,” adds Dr. Lu.