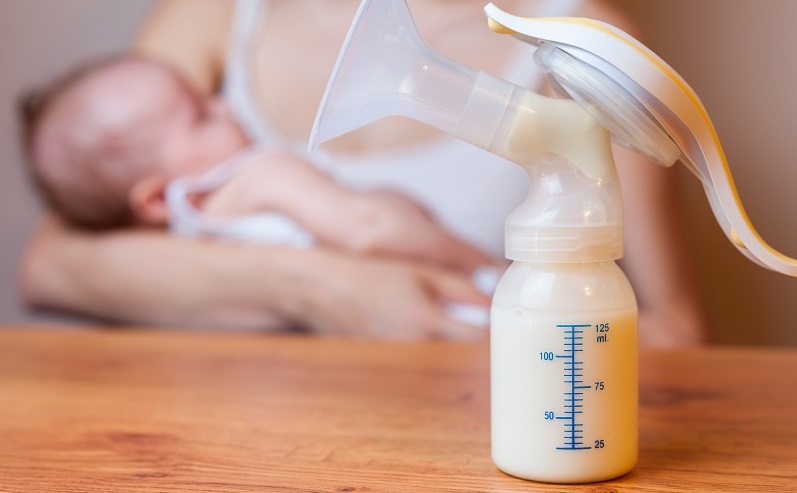 New research from the CHILD Cohort Study sheds some light on the importance of the infant’s mouth as a source of breast milk bacteria.

The idea that breast milk has a microbiome—a community of bacteria living within it—is relatively new and has sparked debate about where breast milk bacteria come from.

The new research, published February 13, 2019, in Cell Host & Microbe, found that among the many factors examined, the method of breastfeeding—whether mothers fed their infants directly at the breast or fed them pumped breast milk from a bottle—was most consistently associated with the composition of the milk microbiome.

Direct breastfeeding was associated with microbes typically found in the mouth, a greater abundance of the beneficial Bifidobacteria, and higher overall bacterial richness and diversity.

“We found that milk bacteria are different in mothers who pump their milk,” says CHILD investigator Dr. Meghan Azad (University of Manitoba), who led the study. “We suspect that pumping may prevent the transfer of oral bacteria from the infant to the mother and might introduce other bacteria from the pump.”

The researchers used data from nearly 400 infants and their mothers participating in the CHILD Cohort Study.

Excited that we are measuring plasma metabolites now in @CHILDSTUDY to build on our #microbiome data! https://twitter.com/bykriscampbell/status/1351680147783512066

More diversity in the gut microbiota tends to mean it'll be more stable over time (as you'd expect).

And the gut microbiota composition is less predictive of host health than plasma metabolites.