(Edmonton, AB) A new study published in the journal Gastroenterology examines the complex relationships between cesarean delivery and other birth events; a baby’s gut microbiome at three and 12 months of age; and health outcomes at one and three years.

The study linked factors such as cesarean delivery and prolonged labour to changes in the gut microbes of infants. It further identified the main microbiome pathways by which these alterations can lead to an increased risk of allergies and obesity later in childhood.

The research used data from 1,667 mothers and infants participating in the CHILD Cohort Study (CHILD) – a national study that is following nearly 3,500 Canadian children from before birth to adolescence and beyond with the primary goal of discovering the root causes of allergies, asthma, obesity and other chronic diseases.

Senior author Dr. Anita Kozyrskyj, a CHILD investigator and a professor in the Department of Pediatrics at the University of Alberta, says the findings highlight the importance of identifying multiple and common pathways of the gut microbiome during infancy.

“Much of what happens to us later in life is related to what we are exposed to in infancy and early childhood,” she said. “Understanding the many ways that birth factors can disrupt the gut microbiome offers us options to intervene and potentially prevent these conditions before they develop.”

The study found that infants born by cesarean section were more likely to have a high body-mass index (BMI) score at one and three years of age. When the researchers examined the infant’s microbiome profiles at three months of age, they found that an altered ratio of two bacteria – Enterobacteriaceae and Bacteroidaceae – was the dominant path to overweight.

At 12 months of age, a higher Enterobacteriaceae/Bacteroidaceae (E/B) ratio and colonization with the bacterium Clostridioides difficile (C. difficile) were the main pathways leading to allergic sensitization.

“Cesarean birth was an initiating event triggering over 100 gut microbial pathways; however, among these, we found that a higher E/B abundance ratio was the dominant compositional change leading to both overweight and allergic sensitization,” explained Dr. Kozyrskyj.

Infants born after prolonged labour associated with a first pregnancy were also found to be at a higher risk for these health outcomes. The researchers found the E/B abundance ratio at three months was the most important microbiota mediator to overweight, and the E/B ratio at 12 months was the most important mediator to allergic sensitization. The abundance of Bifidobacterium, which was reduced with prolonged labour, also played a role in overweight development.

As part of the study, Dr. Kozyrskyj’s team analyzed infant stool samples for the presence of gut microbes. At one and three years, the children underwent skin prick tests to check for allergic sensitization to 10 common allergens.First author and former postdoctoral fellow, Dr. Khanh Vu, now an analyst at the University of Alberta’s Quality Management in Clinical Research Unit, believes the central role of infant gut microbiota involves the production of small molecules or metabolites.

“Gut bacteria are constantly producing metabolites that affect our metabolism, growth and development. Our study identified key interactions between bifidobacteria and the metabolite formate,” he commented.

The paper also highlighted the critical influence of C. difficile in all microbiota interactions.

“The takeaway from our study is that exposures at birth can trigger multiple and common gut microbial pathways leading to child overweight and allergic sensitization,” added Dr. Kozyrskyj.

“We may want to take steps to avoid unnecessary cesarean deliveries and possibly consider microbiota solutions for babies that may help to prevent these two conditions.” 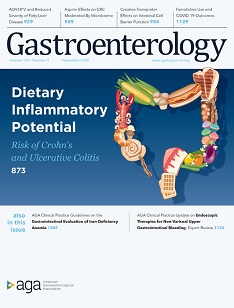