(Hamilton, ON) Exposure to household chemicals known as phthalates during a baby’s first year of life is associated with a child’s risk of developing future asthma and recurrent wheeze, CHILD Cohort Study researchers reported in a new study.

The risk of being diagnosed with asthma by age five was four times higher for babies exposed to high levels of a phthalate (pronounced tha-late) called di-2-ethylhexyl phthalate (DEHP), according to the study.

Published in the journal Environmental Research, the study used house dust as a measure of exposure to DEHP and other common phthalates. House dust allows for the accumulation of chemicals over time and has been shown to be a reliable indicator of long-term chemical exposure.

“The first year of life is a critical period for the development of a baby’s immune and respiratory systems. Infants crawl and constantly put their hands in their mouth, so they are exposed to phthalates in many ways, including through the foods they eat, the air they breathe and even through exposure to house dust,” says senior author Dr. Jeffrey Brook, an assistant professor at The University of Toronto’s Dalla Lana School of Public Health and Department of Chemical Engineering and Applied Chemistry.

“This is the first Canadian study, and one of the largest in the world, to look at early life phthalate exposure as a risk factor for childhood asthma,” notes Dr. Brook, who is also Scientific Director of the Canadian Urban Environmental Health Research Consortium (CANUE), which hosts a national database of environmental health data.

“Our findings demonstrate a significant effect of phthalate exposure on asthma and suggest the need to assess whether more stringent phthalate regulations are required to protect children’s health.”

Called “everywhere chemicals” because they are so common, phthalates are primarily used as plasticizers in consumer products to make plastic more flexible and harder to break. They are found in a variety of household products such as personal care items; cleaning and laundry detergents; food packaging; vinyl flooring; fabrics; and plastic toys. Phthalates do not chemically bind to materials in a product and they leach out over time into the surrounding environment, including the dust in our homes.

The study also found that infants with high levels of DEHP exposure had a significantly increased risk of recurrent childhood wheeze – a high-pitched whistling sound in the chest that is a common symptom of future asthma.

“There was a two-fold increased risk of recurrent wheeze between two to five years of age associated with DEHP levels,” says first-author Garthika Navaranjan, a PhD at the Dalla Lana School of Public Health. “For both wheeze and asthma, these associations occurred at lower DEHP concentrations than seen in previous studies that reported an association, which is novel.”

The research used data from infants participating in the CHILD Cohort Study (CHILD) – a national study that has been following thousands of Canadian children from before birth to determine which early-life factors contribute to a child’s later developing asthma, allergies, obesity or other chronic diseases.

CHILD’s physical environment researchers, led by Dr. Brook, conducted a standardized home visit with more than 3,000 CHILD families to obtain urine and house dust samples when the babies were three-to-four months old. Analysis of the urine samples showed that all infants had been exposed to phthalates. “It’s not just in the dust, it’s in their bodies,” says Dr. Brook.

In addition to DEHP, the researchers assessed exposure to other common phthalates – diethyl phthalate (DEP), diisobutyl phthalate (DiBP), di-n-butyl phthalate (DnBP), and benzyl butyl phthalate (BzBP). Children were assessed by specialist clinicians for asthma and allergy at one, three and five years of age. Asthma is not a single disease but rather a series of complex, overlapping individual diseases or “subtypes,” according to the study. To account for this complexity, the researchers further classified and examined risks associated with different types of wheezing.

“Phthalates have drawn the most attention related to their endocrine disruption, with negative effects on male hormones and fertility. This study highlights that the association between phthalate exposure and potential childhood asthma and allergy is also of significant concern,” comments Dr. Christopher Carlsten, professor and head of respiratory medicine and Canada Research Chair in Occupational and Environmental Lung Disease at The University of British Columbia.

“These results suggest that not only is there a need to consider new phthalate regulations, but that current regulations are potentially missing a major element in managing exposure to chemicals – the link to important chronic diseases of public health importance.”

“We are extremely fortunate in Canada to have the CHILD Cohort Study, which allows us to follow children from birth onwards to understand the subsequent health effects later in childhood from a host of early life exposures, including phthalates,” adds Dr. Brook. “We will continue to study the dust as a window into a child’s indoor environment and we will look closely at the rich information collected in CHILD to identify where high levels of DEHP are coming from and to help inform strategies to reduce their levels, which is clearly an important, yet challenging task.” 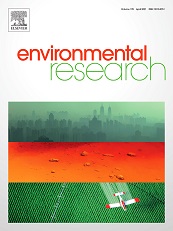