(Hamilton, ON) A newborn’s first dirty diaper could reveal if the child is at risk for developing allergies later on, according to new research from the CHILD Cohort Study.

Meconium, a baby’s “first poop,” is a sticky, tar-like substance that babies pass within their first day out of the womb. Meconium contains cells, protein, fats, and other molecules the fetus ingests and sheds while in the womb; it serves as the initial food source for the earliest gut microbes.

“There is clear evidence that the composition of the infant gut microbiome has long-term health implications, and disruptions to the healthy maturation of the microbiome may lead to allergies and asthma down the road,” says the study’s senior co-author Dr. B. Brett Finlay, a professor at the Michael Smith Laboratories and in the departments of biochemistry and molecular biology and of microbiology and immunology at The University of British Columbia (UBC).

“We wanted to see if there was a connection between the molecules present in the meconium and the subsequent development of the gut microbiome – which, in turn, would influence susceptibility to allergic diseases.”

The researchers analyzed the meconium of 100 newborns and gave the children skin-prick allergy tests at age one to assess their reaction to a variety of allergens. They found that the fewer types of molecules a baby’s meconium contained, the greater that child’s risk of developing allergic sensitization.

“Sensitization isn’t the same as having clinical symptoms of allergy,” notes the study’s lead author Dr. Charisse Petersen, a research associate in UBC’s department of pediatrics. “However, sensitization can be an early sign of a future problem and a substantial number of sensitized children do go on to develop an allergic disorder.”

Using genetic sequencing, the team also studied stool samples taken from the children at three months and 12 months of age. “We found that a lower number of specific molecules in the meconium was associated with later abnormalities in key bacterial groups that are known to help the immune system develop and mature in the first year,” adds Dr. Petersen. “These findings suggest that the ‘richness’ of the meconium at birth affects both the early-life microbiome and immune development.”

The research is part of the ongoing CHILD Cohort Study (CHILD), a longitudinal research study that has been following the physical, social and cognitive development of nearly 3,500 Canadian children from before birth.

“Every step of the way, we’ve been impressed by the dedication and enthusiasm of the thousands of families, particularly the kids, involved with CHILD,” says senior co-author Dr. Stuart Turvey, a professor in UBC’s department of pediatrics, investigator at BC Children’s Hospital and co-director of CHILD.

“Their participation over the past decade has enabled many discoveries about how and why allergies and asthma develop.”

The authors say these latest findings suggest that problems with microbiome maturation and immune development likely begin before birth, offering an opportunity to identify at-risk infants who could benefit from early interventions well before the signs and symptoms of allergies ever appear.

“We continue to make important health discoveries with CHILD,” adds Dr. Turvey. “We are now sampling the microbiomes of the children at eight to 10 years of age and will also study how the make-up of the gut microbiome may influence COVID-19 severity and immune response.” 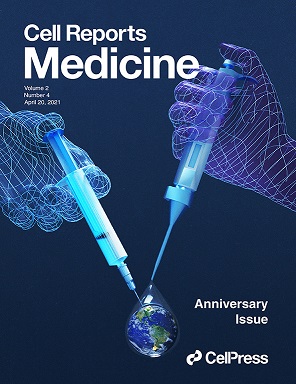