(Winnipeg, MB) Eating eggs daily during pregnancy is associated with a child’s risk of developing food allergies, according to preliminary research from the CHILD Cohort Study.

Using data from over 3,400 Canadian mothers and their babies, the researchers found that children born to mothers who ate egg at least daily while pregnant were more likely to be sensitized to egg and milk, and allergic to peanut at age three.

“Previous CHILD Cohort Study (CHILD) research has shown that early egg and peanut introduction to general-population and low-risk infants is associated with a decreased risk of sensitization and food allergy,” says lead researcher Dr. Elinor Simons, an assistant professor in the Department of Pediatrics and Child Health at the University of Manitoba and a clinician scientist at the Children’s Hospital Research Institute of Manitoba (CHRIM).

“Our new findings suggest that a mother’s diet during pregnancy is also associated with her baby’s likelihood of developing a food allergy and this association appears to be independent of the age at which allergenic foods are introduced into the infant’s diet.”

Sensitization refers to the body producing IgE antibodies in response to an allergen – a substance or protein to which the immune system reacts. “While not all food-sensitized infants become food allergic, most children with IgE-mediated food allergies are sensitized,” notes Dr. Simons, who is the Manitoba site lead for CHILD.

This study, published in the Journal of Allergy and Clinical Immunology: In Practice, found that frequencies of infant egg sensitization at age one year were 18% among infants born to mothers who consumed egg at least daily and 6% to 8% for infants of mothers who consumed egg up to six days per week. A similar pattern of egg sensitization was seen at three years of age.

Peanut allergy was greater among infants born to mothers who consumed egg daily during pregnancy but was not associated with the frequency of prenatal peanut consumption.

“The associations between daily prenatal egg consumption and child peanut allergy and cow’s milk sensitization suggest that the effect of daily maternal egg intake may not be ‘allergen specific,’” comments first-author Dr. Keely Loewen, one of the Pediatrics Chief Residents at the University of Manitoba.

“It prompts us to ask: ‘Could a mother’s prenatal egg consumption on seven days per week – rather than five or six days per week – “prime” her baby’s immune system to become sensitized to several foods, not just egg?’”

While the study’s findings highlight a link between daily maternal prenatal egg consumption and child sensitization and allergy, the authors recommend a cautious approach to interpreting the results.

“Further research should explore possible mechanisms of these associations and examine the potential roles of demographic characteristics, timing of breastfeeding, and a broader look at infant food introduction before making recommendations regarding maternal egg consumption in pregnancy,” says Dr. Simons.

“This is an exciting area and we have a lot to learn about the associations between prenatal diet and the infant immune system.” 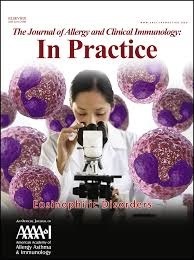