(Winnipeg, MB) A new study led by researchers at the University of Manitoba and McMaster University has found that eating peanuts while breastfeeding, combined with introducing peanuts to babies before 12 months of age, may reduce the risk of peanut allergy by age five.

The study, published in the Journal of Developmental Origins of Health and Disease (J DOHaD) examined the relationship between maternal peanut consumption, breastfeeding, and infant peanut consumption in the development of peanut sensitization – an early sign of allergy risk.

“We call it the ‘triple exposure hypothesis’,” says senior author Dr. Meghan Azad, an associate professor and Canada Research Chair in Developmental Origins of Chronic Disease at the University of Manitoba, and co-director of the Manitoba Interdisciplinary Lactation Centre (MILC) at the Children’s Hospital Research Institute of Manitoba (CHRIM).

“There is now ample evidence that early peanut introduction helps to reduce a child’s risk of developing peanut allergy, and infant feeding recommendations have been updated to reflect this over the last few years. As someone who researches breastfeeding, I have been curious about how a mom’s peanut intake might play a role in this scenario, because we know that peanut protein can be transferred through breastmilk.”

In line with previous research, the study found that infants who were fed peanut before one year of age had a reduced risk of peanut sensitization at age five compared to children who did not consume peanut in their first 12 months. The difference was substantial (66% reduced risk) for infants if they were not breastfeeding at the time of peanut introduction, but it was greater still (88% reduced risk) in the “triple exposure” scenario where mothers introduced peanut early while breastfeeding and regularly consuming peanut themselves.

“We did not see a direct beneficial association for breastfeeding alone in relation to peanut sensitization,” Dr. Azad explains. “However, if a mom breastfed, ate peanut herself and introduced it early to her child, the combined effect of all three exposures seemed to offer an enhanced protection against peanut sensitization and future allergy risk.”

The research used data from 2,759 mothers and infants participating in the CHILD Cohort Study (CHILD) – a national study that has been following thousands of Canadian children from before birth to determine which early-life factors contribute to a child’s later developing allergies, asthma, obesity or other chronic diseases. Dr. Azad co-leads CHILD’s Manitoba site.

Dr. Malcolm Sears, Professor Emeritus at McMaster University, the founding Director of CHILD, and a study co-author, says these findings build upon a growing body of evidence from CHILD about the importance of introducing potentially allergenic foods early.

“Our previous work showed that infants who avoided cow’s milk products, egg and peanut during the first year of life were more likely to be sensitized to these foods at age one,” says Dr. Sears. “For peanut, babies who avoided it were nearly twice as likely to be sensitized compared to infants who consumed it before 12 months of age. This new paper confirms the benefits of early introduction of these potentially allergenic foods.”

In 2019, CHILD researchers published evidence that infants who did not consume peanut in their first 12 months of life were more than four times as likely to have a clinical peanut allergy by age three. Of particular interest was the finding that children who did not have peanut introduced into their diet by 18 months were seven times more likely to have a peanut allergy compared to children who began consuming it before nine months.

“This tells us that even if peanut is not introduced before the age of 12 months, it should still be introduced as soon as possible,” says Dr. Sears.

“We hope that this research may also eventually contribute to the development of supplements or therapeutics for mothers who cannot safely consume peanut, and for infants who cannot be breastfed,” says Dr. Azad. 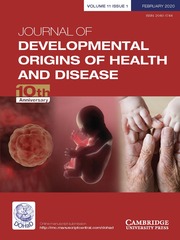