The CHILD research was led by Dr. Anita Kozyrskyj (University of Alberta) and published in November 2017 in Brain, Behavior and Immunity.

It found that infants born to mothers experiencing psychological distress (stress, depression, anxiety) had reduced levels of an important immune antibody in their feces in the first few months of life, which may put them at a higher risk of developing allergic disease.

The findings, which suggest that programs and policies to support the psychosocial wellbeing of mothers during and after pregnancy are important in shaping the immune health of newborns, were leveraged by UNICEF.

For the study, Dr. Kozyrskyj’s team analyzed data from 403 infants and their mothers participating in CHILD.

“We found that when mothers were depressed during and after pregnancy, their infants were more likely to have reduced concentrations of secretory immunoglobulin A (sIgA), a critical immune antibody, in their gut as compared to infants whose mothers were not depressed,” says Dr. Kozyrskyj.

sIgA antibody is thought to play a critical role in reducing the risk of allergic disease by helping an infant’s developing immune system to recognize the difference between harmful and harmless substances in the gut.

Because sIgA is passed from moms to infants through breastmilk, the researchers also examined the impact of breastfeeding on sIgA levels.

“We wondered if maternal distress affected breastfeeding, which might explain the lower sIgA levels seen in some infants,” says study first-author Liane Kang, a medical student at the University of Alberta.

“However, we found that even with exclusive breastfeeding, infants of mothers with prenatal depression had slightly lower sIgA concentrations, and infants of mothers with both pre- and post-natal depression were three times as likely to have reduced fecal sIgA levels, which suggests that maternal distress is associated with infant sIgA levels, independent of breastfeeding.”

These findings, and other CHILD discoveries, are being taken up by stakeholders such as UNICEF Canada who can put them into practice to improve maternal and child health. 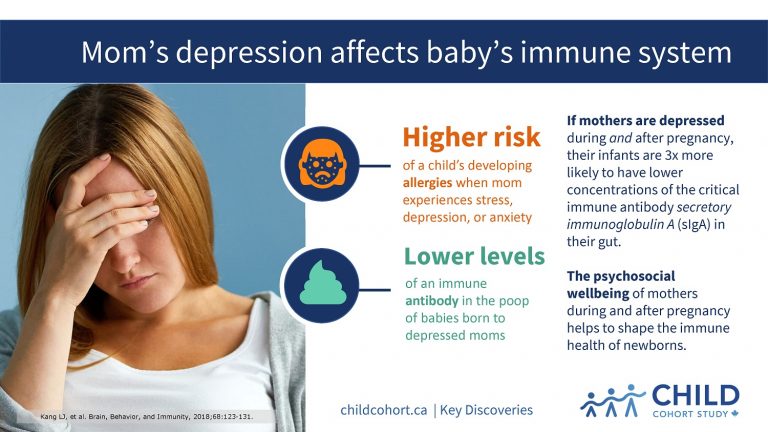 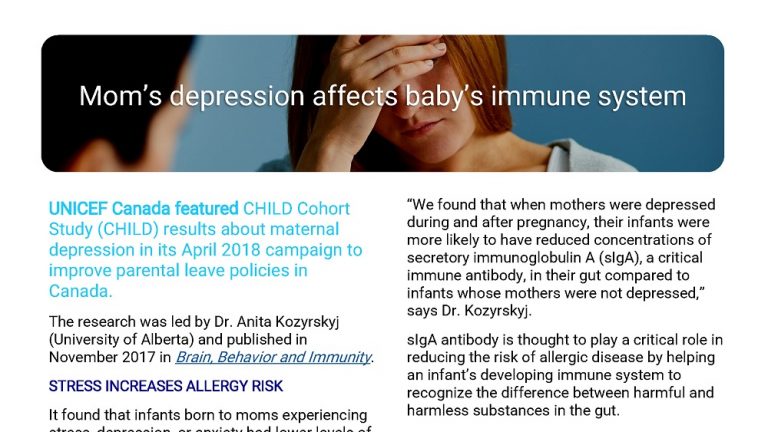 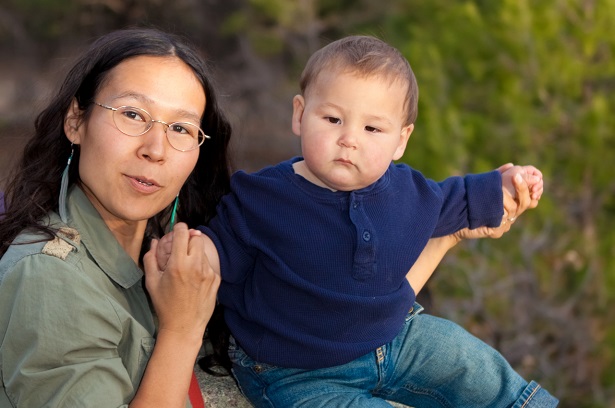 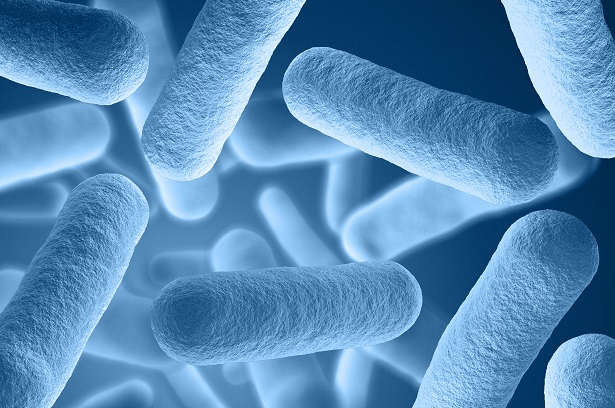