Children who do not consume peanut during their first year of life are more likely to be allergic to peanut at age three, according to findings from the CHILD Cohort Study (CHILD).

The study, published in November 2019 in The Journal of Allergy and Clinical Immunology: In Practice, found that infants who did not consume peanut in their first 12 months were more than four times as likely to have a clinical allergy to peanut by age three, compared to infants who consumed peanut before their first birthday.

The researchers also found that children not exposed to peanut by 18 months were over seven times more likely to be sensitized or exhibit a clinical allergy to peanut, compared to children who began consuming it before nine months of age.

“This tells us that if peanut is not introduced before 12 months, it should still be introduced as soon as possible,” says lead researcher Dr. Elinor Simons (University of Manitoba).

“Our findings are significant because the CHILD Cohort Study children are from the general population and most are not at high risk of peanut allergy; whereas some of the best-known studies on the timing of peanut introduction focus on children at the highest risk of developing peanut allergy.”

“We know that some parents worry about giving their infants potentially allergenic foods. This study’s findings should reassure parents, caregivers and healthcare professionals about the benefits of early peanut introduction for all children, even those at low risk for an allergy.”

This research builds upon the previous finding from CHILD that delaying the introduction of potentially allergenic foods (such as cow’s milk products, egg and peanut) until after a baby’s first year may increase the likelihood of a food allergy later on. 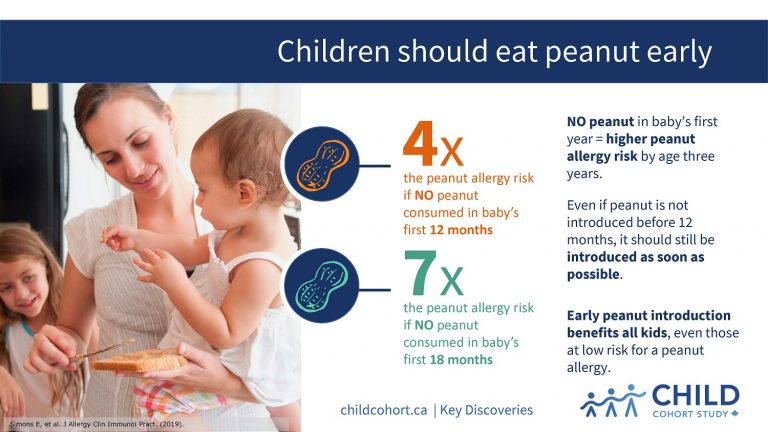 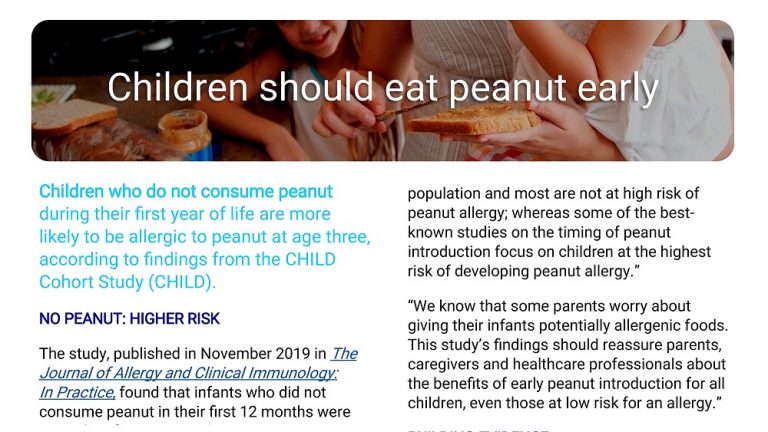 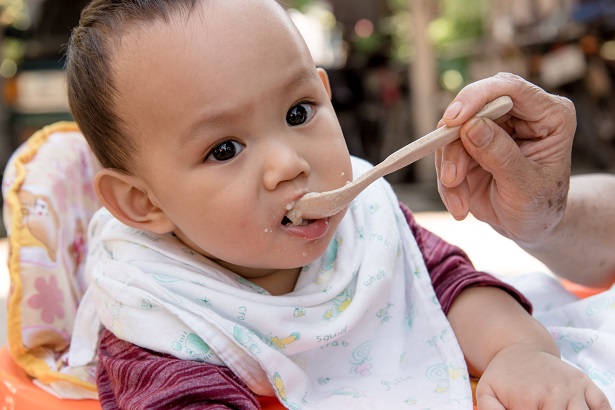