Eating peanuts while breastfeeding, combined with introducing peanuts to babies in their first year, may reduce a child’s risk of peanut allergy by age five.

The study, published in the Journal of Developmental Origins of Health and Disease, examined the relationship between: 1. maternal peanut consumption; 2. breastfeeding; and 3. infant peanut consumption, in the development of peanut sensitization – an early sign of allergy risk.

The study found that:

“We did not see a direct beneficial association for breastfeeding alone in relation to peanut sensitization,” Dr. Azad explains.

“However, the combined effect of all three exposures seemed to offer an enhanced protection against peanut sensitization and future allergy risk.”

“In 2017, CHILD research showed that infants who avoided cow’s milk products, egg and peanut during their first year were more likely to be sensitized to these foods at age one,” says study co-author Dr. Malcolm Sears, founding Director of CHILD. In 2019, CHILD researchers published evidence that infants who did not consume peanut in their first 12 months were more than four times as likely to have a clinical peanut allergy by age three. “This new paper confirms the benefits of early introduction of these potentially allergenic foods,” adds Dr. Sears, “while contributing new evidence that maternal peanut consumption and breastfeeding could further enhance this protective effect.” “We hope that this research may also eventually contribute to the development of supplements or therapeutics for mothers who cannot safely consume peanut, and for infants who cannot be breastfed,” says Dr. Azad.
RELATED DISCOVERIES 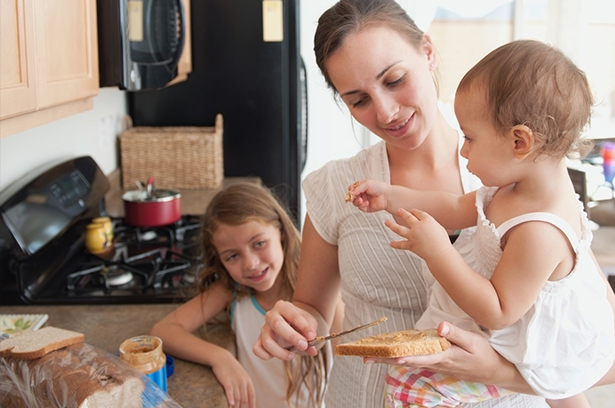