CTV Winnipeg celebrates a decade of the CHILD Cohort Study in a report that aired on 20 October 2021.

The report follows Manitoba-based Study participants 10-year-old Molly and her mother Krista into their clinical check-in with Study researchers and speaks with them about their experience with the Study and motivations for involvement.

The footage shows Molly as, for the first time as part of the Study’s clinical tests, she undergoes a DXA body scan to measure her fat, muscle and bone density.

In a tribute to the value of the Study’s staff, Molly says that one of the best parts about her involvement in CHILD is “the people here [in the Study], because they’re really funny and nice.”

The report also summarizes the purpose, scale and some of the logistics of the Study, noting that although it was originally designed to follow its participants for only five years it continues going strong.

To illustrate how CHILD data is generating new scientific discoveries, CHILD’s Manitoba site leader Dr. Elinor Simons is interviewed about her CHILD-enabled research into peanut allergy and how early introduction of peanut appears to provide protection from later developing an allergy.

Also featured is Dr. Meghan Azad, the Manitoba-based Deputy Director of CHILD, who speaks about the enduring value of the Study’s ‘treasure trove’ of data and biological samples: 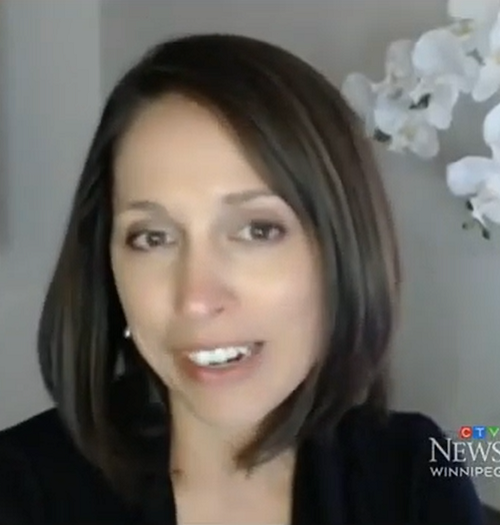 There are many samples still in the freezer that probably hold secrets that will cure diseases or answer big questions, perhaps using technologies that don’t even exist yet

Watch the CTV Winnipeg coverage below | Read the CTV report